BOARD GAMES WITH FRIENDS

Jafar Rizvi from Back to Games shares his views on board gaming with friends. Do you love escaping the screen every now and again? Tell us what you think! 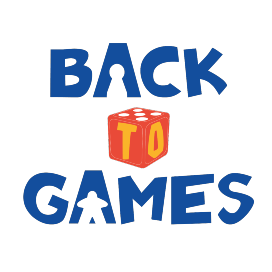 How often have you heard someone say that Monopoly ruins friendships? Or that nothing is as bad as a game of Risk for relationships? How many families do you think have stopped talking to each other because Ahmed had to pay his sister $400 rent to land on her hotel space?

These stereotypes hold no weight when it comes to gaming in the real world. From the most competitive to the most casual of gamers, board gaming is something that brings people together, in the best ways possible.

When I was younger, family game nights were the best part of my week. Long school days, homework adding up and piling on, it was great to just switch off and play games with the people I loved, and I am sure it was the same way for a lot of you reading this. There was no harsh feelings or table flipping, (a phenomenon, I might add, I have only noticed being mentioned online), just lots of fun for everyone involved. 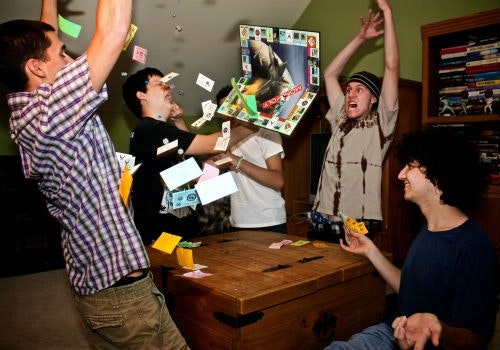 I have made countless connections and numerous friends just because we have one massive thing in common: a love for board games. It is far easier now, more than ever, to be a board gamer. It attracts people from all walks of life, because it gives a sense of community, and a chance to just sit down, ignore all barriers and enjoy a game together.

In the past decade, board games have evolved faster than anyone could have ever anticipated, and the advent of co-operative games such as Pandemic only add to Tabletop Games’ ability to bring people together. I doubt there is anything that can beat the feeling of narrowly scraping through a victory by working as a team, whether it is to treat diseases (Pandemic); defeat monsters while looking for treasure Descent, Mice and Mystics, Dungeons and Dragons); or just making the most beautiful fireworks display (Hanabi).

This feeling of togetherness is not something exclusive to co-operative games; far from it. I am one of many people who do not play the game only to win, but to enjoy the game itself, and the people I am with. There may come a moment in every game where you are perhaps one move away from victory, and someone swoops in and snatches it from your grasp. Everyone has experienced it, regardless of which game you have played. Despite all evidence pointing to people raging at this or “becoming salty”, it is often the opposite that happens. Great moves are acknowledged and celebrated, and good sportsmanship is always important. 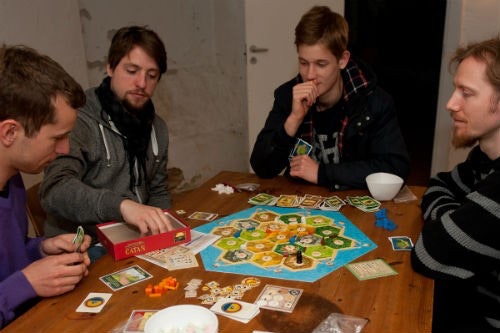 So, this weekend, when you are thinking of what to do with your friends, instead of going out to eat, or catching a movie, or staying at home and shooting the breeze, why not pull out a board game and create some unforgettable memories instead?

MORE FROM THE GAME BLOG

Register now for the Games Con Newsletter, and for announcements about Games Con on 23-25 November 2017.