Find out everything you need to know about Christopher! 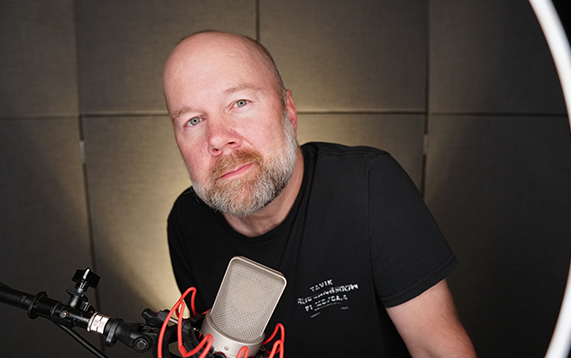 2. His first voice acting role was in Dragon Ball: Sleeping Princess in Devil's Castle as Yamcha.

3. He was awarded Crunchyroll's "Industry Icon" Award for his contribution to the Anime Industry.

4. Chris studied Opera/Voice at the University of North Texas.

5. Contrary to popular belief, Chris's favorite character that he plays is All Might, not Vegeta! 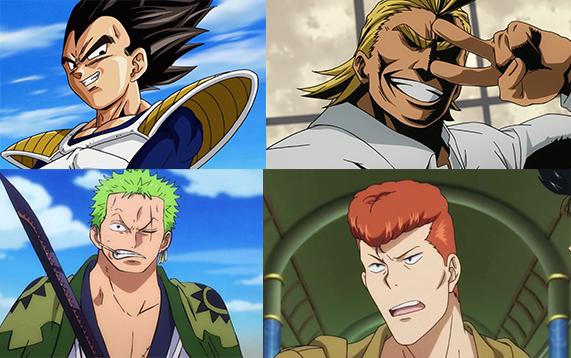 As the man behind the voices of some of the most memorable and powerful anime characters of the last two decades, including Dragonball Z, One Piece, YuYu Hakusho, and My Hero Academia, it’s pretty likely that Christopher Sabat was a major part of your childhood. Heck, ask your kids and they probably know his voice, too!

Christopher started his career in the early nineties as a DJ for radio stations in Houston and Galveston, and in 1998 was asked to audition for a small company known as FUNimation Productions. He booked his first anime role as Yamcha on Sleeping Princess in Devil’s Castle, a direct-to-VHS Dragonball feature. Soon after, he took on the task of casting and directing the Dragonball Z series to its completion while also performing many of the main characters, just as Vegeta, Piccolo, Yamcha, Kami, Zarbon, Recoome, Burter, and many others. Though he left FUNimation in 2004 to start his own audio production studio, Okratron 5000, he went on to direct Dragonball Z Kai, Dragonball Super, and every Dragonball videogame since the original Budokai for Playstation.

Over the years, Christopher brought many classic characters to life including Zoro in One Piece, Kuwabara in YuYu Hakusho, Alex Luis Armstrong in Fullmetal Alchemist, Elfman in Fairy Tail, Ayame Sohma in Fruits Basket, Saiga Tatsumi in Speed Grapher, Kurogane in Tsubasa Chronicles, Daisuke Jigen in Lupin III, Father Tres in Trinity Blood, Braun in Stiens Gate, Giroro in Sgt Frog, Rundas in Metroid Prime 3: Corruption, Garterbelt in Panty and Stocking, Sakaki in Kenichi, Masa in My Bride is a Mermaid, Saito in Darker Than Black, Kitz Woerman in Attack on Titan, Alex D in Deus Ex: Invisible War, Kyoma Mabuchi on Dimension W, Rath and Geoff in Gearbox’s Battleborn, Batou in the Ghost In The Shell: Arise series, Goro Sasabe in Free! Eternal Summer, Sakuya Togane in Psycho-Pass, Jason in Tokyo Ghoul, and Mondo in Dangan Ronpa.

Most recently, he can be heard as the epic Allmight on My Hero Academia, Yami in Black Clover, Artur Watts in RWBY, Despa in Ranking of Kings, and as the "gruff" player character option in Tiny Tina's Wonderlands. You can also hear his voice as the narrator of the critically acclaimed board game, Forgotten Waters. And if you want to see Chris as a dopey park ranger sporting the world's lamest mustache, check him out as Shep in the bizarre horror film, Lumberjack Man.

Chris holds awards for his many performances, including Crunchyroll's “Industry Icon” for his continuing contribution to the anime industry.

When he's not in the studio, he likes to play video games with his awesome daughters, make electronic music, host board game nights, and buy vintage synthesizers. He currently lives in Dallas, Texas.