Find out everything you need to know about Matt! 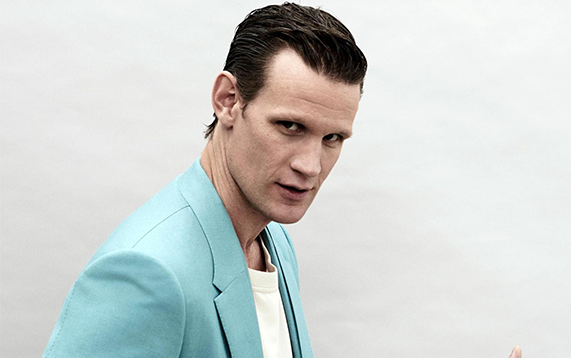 Franchises: HOUSE OF THE DRAGON, DOCTOR WHO, THE CROWN & MORBIUS

1. Matt wanted to be a Professional Football player before a serious back injury ruled him out

.2. Matt is a former member of the National Youth Theatre.

3. His favorite band is Radiohead, and he can play the guitar.

4. The Famous Doctor Who tie was an addition Matt requested for his role.

5. Matt was meant to play a transformative role in Star Wars: The Rise of Skywalker. 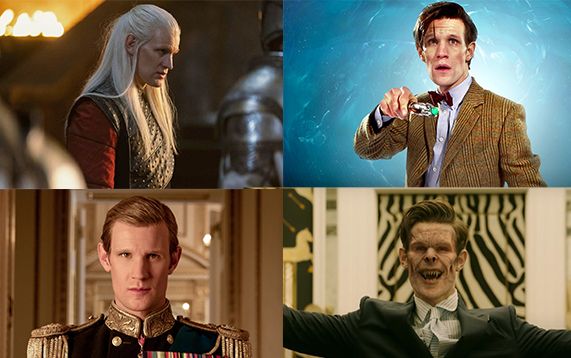 Matt Smith is currently starring in the highly anticipated Game of Thrones prequel HOUSE OF THE DRAGON opposite Paddy Considine, Olivia Cooke, and Emma D'Arcy. He recently wrapped Daniel Kokotajlo’s film, STARVE ACRE, in which Matt stars opposite Morfydd Clark. He is also in THE FORGIVEN, with co-stars Jessica Chastain and Ralph Fiennes for Roadside Attractions and director John Michael McDonagh

Matt is also starring in a terrific role for Edgar Wright in his film LAST NIGHT IN SOHO, opposite Anya Taylor-Joy and Thomasin McKenzie for Working Title.

He previously starred in OFFICIAL SECRETS, opposite Keira Knightly, Ralph Fiennes, and Matthew Goode for director Gavin Hood, which had its premiere at Sundance in 2019 and Remi Weekes HIS HOUSE for New Regency/BBC Films. Matt was Emmy nominated for his portrayal of "Prince Phillip" in the Netflix limited series THE CROWN, created by Peter Morgan and directed by Stephen Daldry opposite Claire Foy.

On the stage, Matt previously was seen The Old Vic in Duncan Macmillan’s LUNGS in 2019, the Royal Court Theatre in Anthony Nielson’s production of UNREACHABLE, and at the Almeida in a tour-de-force performance as Patrick Bateman in Rupert Goold’s production of AMERICAN PSYCHO. In 2020, Matt reunited with Claire Foy in a socially distanced version of Duncan Macmillan’s play LUNGS, live on camera at the Old Vic. The pair starred at the Old Vic in Matthew Warchus’ production and brought the play back to raise money for the theater amidst the shutdown.

Other film credits include the starring title role in Mary Harron’s CHARLIE SAYS which premiered at Venice in 2018, MAPPLETHORPE for critically acclaimed filmmaker Ondi Timoner, which premiered at Tribeca where it took the second-place honor, PRIDE AND PREJUDICE AND ZOMBIES, directed by Burr Steers opposite Lily James, and PATIENT ZERO opposite Stanley Tucci and Natalie Dormer for Screen Jems. Matt made his US acting debut in LOST RIVER, a film written and directed by Ryan Gosling which premiered at SXSW.

Matt also completed a four-year stint in the title role of the popular drama series DOCTOR WHO starring alongside Karen Gillan and Jenna-Louise Coleman as his companions. As the youngest ever “Doctor,” he received both positive acclaim and a BAFTA nomination for his unique portrayal of the iconic character.