THE MCU: PHASE 4 AND BEYOND: SPIDEY-TIME! (alternative option - display style:dark)

It’s been almost a year since we heard “I Love You 3000” and “I’m inevitable!”, it’s been almost a year since we overcame the Endgame… and the question that all the MCU fans are asking is… now what? I mean, we got an awesome tribute to the fallen Avengers in Spider-Man: Far from Home (which is my rd favorite Spider-Man movie after Into the Spider-Verse and Spider-Man 2), and we almost lost Spidey in whole Disney-Sony feud that shook the world. Fast forward to the present, and we have a couple of superheroes already lined up to fill the empty holes left by Robert Downey Jr., Chris Evans, and Scarlett Johansson(soon). We’re getting the Eternals this November, Shang Chi in February (which I’m over the moon about, I love Martial Arts!), Mahershala Ali as Blade, Spidey is not leaving the MCU just yet, Doctor Strange and Scarlett Witch in a movie about the Multiverse, and Jane Foster Thor! That’s good and all, but going back to square one again, the whole setup of Phase 1-3 had a Bad, a Big Bad and a Bigger Bad, which made me think… how do you top that from Phase 4 moving forward, and more so, who fills the three spots? 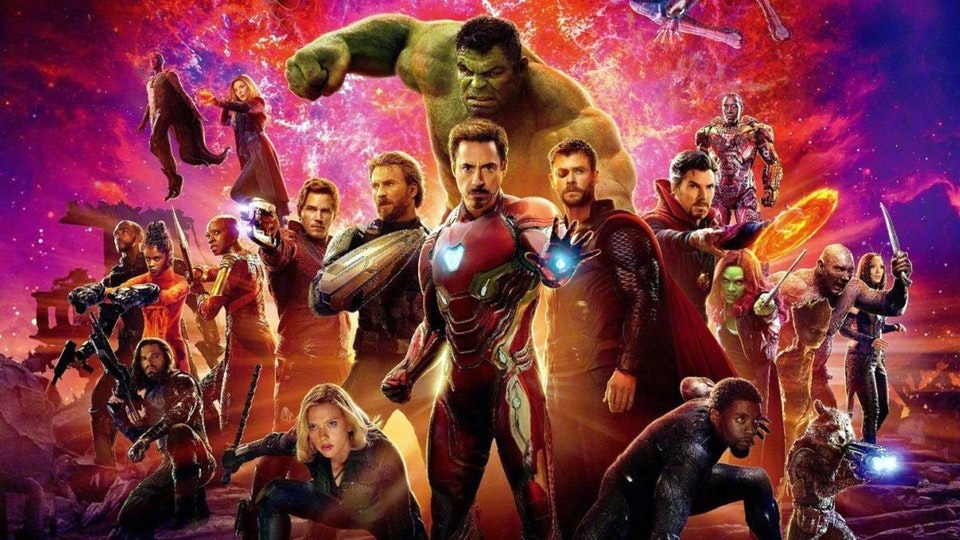 Now a bunch of haters will say that this is where Marvel peaks, and to be honest, I find it extremely insulting. This is a massive universe built by Stan Lee, Jack Kirby, Steve Ditko and many more legends who have gone above and beyond to keep on delivering some heart wrenching and inspiring stories and arcs. The pressure on Disney (and Sony to a certain extent) is monumental, this legacy needs to continue and it should only get better from here. The whole idea of moving some of the characters into side stories on Disney+ was great, I for one can’t wait for Falcon and the Winter Soldier, She-Hulk and Ms. Marvel. Then there’s the whole 20th Century Fox acquisition, The X-Men (MY FAVORITES), Deadpool (What? You already knew this was coming :) ), The Fantastic Four and many more, are set to play a part at some point in the upcoming phases. Kevin Feige’s got a handful of characters and franchises to play around with for the next few movies, but, I want you guys to play with me here and let’s try to shape the MCU moving forward. As superfans, there are definitely characters and movies you want to see before anything else, here’s my take on the MCU’s future: 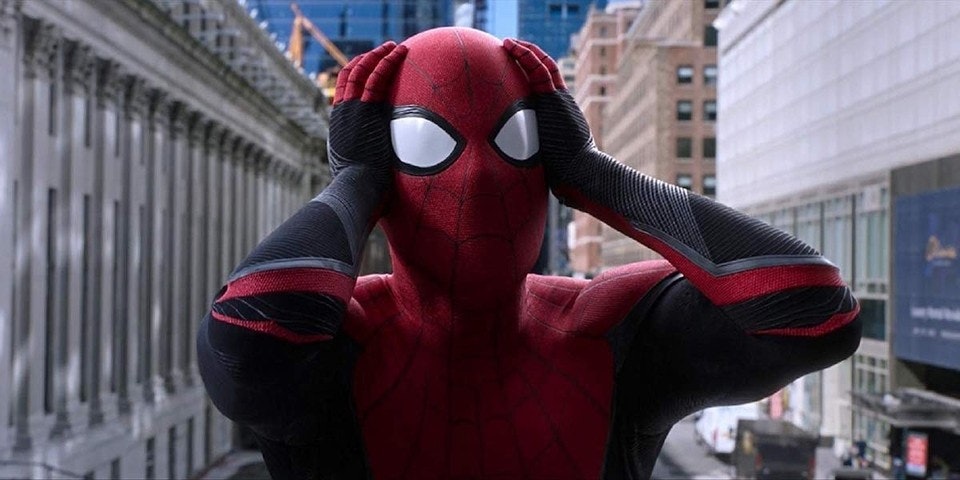 My favorite superhero, the quirky and nerdy Peter Parker, the world of Spider-Man boasts a wide range of side characters, villains, storylines and crossovers. As we saw in Spider-Man: Far from Home, Spidey’s cover was blown by none other J. Jonah Jameson, thanks to the video leaked to the Daily Bugle by Mysterio. Now, there will definitely be a bounty on Spidey’s head, and who would be the one calling the shots here? There’s only one Gangster who’s leading most, if not all, the underground activity in New York: Kingpin! But wait a minute, other than protecting himself as Spider-Man, how does Peter lose his conviction? He will need Aunt May? Happy? He’ll definitely need a lawyer… one particular lawyer… a man with no fear! This might be Daredevil’s introduction to the MCU! (God, I’m praying they don’t change Charlie Cox, he was awesome!) 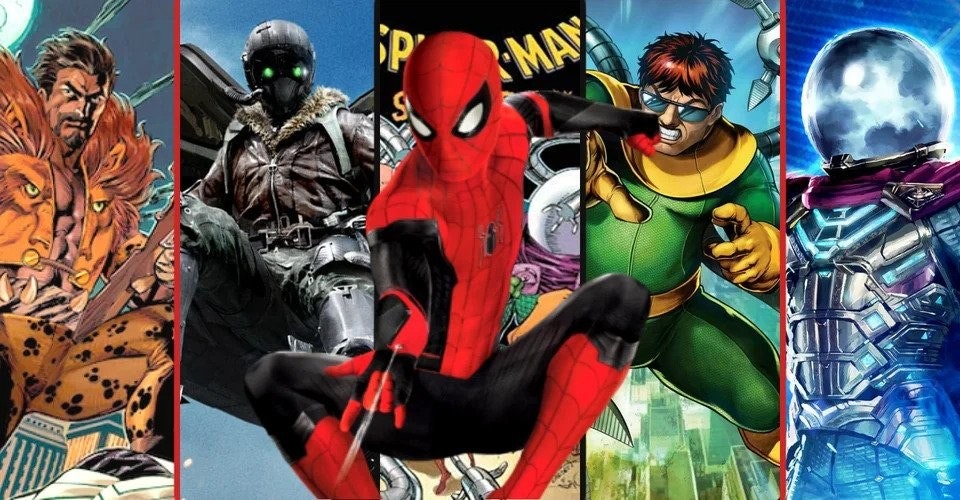 Well a bounty has been established, and we know that Vulture and Scorpion are in prison, but is Mysterio really gone? And Shocker is still on the loose from Homecoming… plus there have been talks of the Sinister Six finally making an appearance, but having 3 more villains introduced in one movie? It does ring a bell… (go back to 2007, hilariously the same hero.) Okay, maybe not the Sinister Six, but a bounty needs one thing to chase it… a bounty hunter. This particular hunter has been the highlight of many discussions on which villain should finally make an appearance… Yes, I’m talking about Kraven the Hunter!  Quite the formidable enemy that has given Spidey a run for his money, and also a founding member of the Sinister Six (there’s still hope). 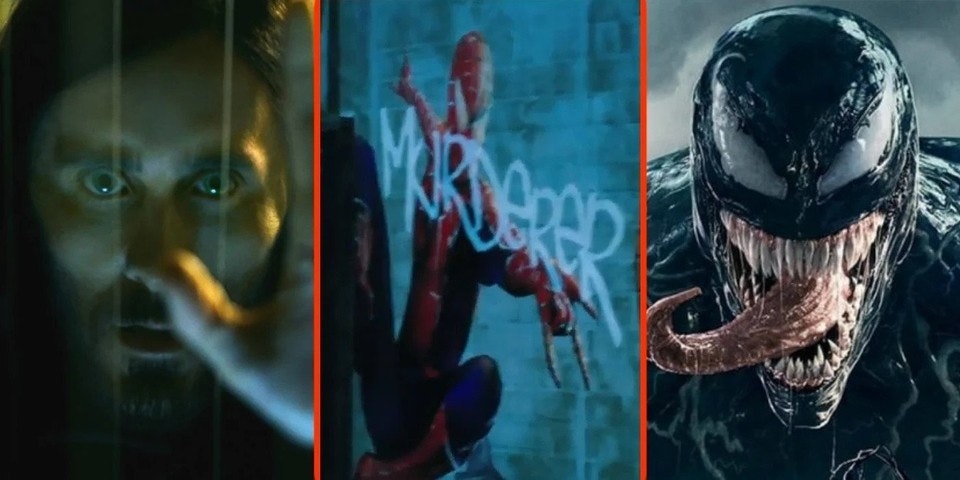 Hold on, are we going to forget Venom? Eddie’s got the Symbiote and finally made it his friend! But, we can’t really discuss this further, as the sequel is set to be released later this year, with a possible tie in to the MCU Spidey? It’s wide open! The same logic applies to Morbius as well, which was set to be released this summer. So what’s the story with Spidey? Only time will tell.

Well, this is not even close to being over! In next week’s post, I will be continuing this discussion with things will move forwards with Thor, Guardians of the Galaxy and Doctor Strange! See you next week and love you all 3000! :D